This is a bit late for a trip report, but better late than never!

We had an early morning start, and Yannick, Dan, Marc, Kim and I piled into two cars and headed South. We arrived with plenty of sun to set up camp and eat some dinner.

We awoke on day 1 to rain…sigh, but happily spent the rainy morning lounging at the local climbing shop, Redpoint, to pass some time. By noon, the weather had cleared and the rock was dry (we love deserts!). After warming up at Morning Glory, I was able to send Doritos (5.12c) on my second go. This climb links the bottom half of Cool Ranch Flavour (5.11b) into the top of Taco Chips (5.13a). I was pretty excited as Taco Chips was one of the climbs I really wanted to do on this trip, so I was happy the top went fairly easily. Kim worked on her project from last year – Cool Ranch Flavour Finish (5.12a) which is an extension of Cool Ranch Flavour.
We started day 2 with another late morning and went back to Redpoint to check out their shoe demo event! That afternoon we went to the Cocaine Gully to stay out of the heat…mostly. Thankfully, when one side of the gully goes into sun, the other is in the shade! Kim and Marc worked on Bloodshot (5.11b) while Yannick tried Crack Babies (5.12b), a climb Dan and I did in February. After a bit of work he was able to send a day or two later. I onsighted Quest to Fire (5.12a). We went back down to Morning Glory in the evening and I gave Taco Chips a try. I surprised myself by making it through the bottom (and supposedly harder) crux first try but fell right near the end of the upper crux. Unfortunately, I must have crimped a wee bit too hard on some small hold and got a massive blood blister on the tip of my left index finger. Sigh…
I took it easy the next day due to the blood blister. I had to continually pop it every hour or so to relieve the pressure that kept building up. It was a bit of a nuisance as it would feel good for about 10 minutes when it was first drained, then the hole would seal up and I couldn’t touch anything until it was popped again. Everyone ended up doing easier climbs to rest up a bit…for the most part… and I belayed and hung out for the day. 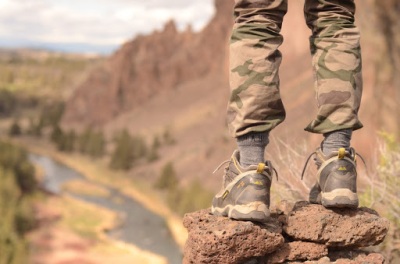 The following day we took as a full rest day. I had contacted Metolius earlier in the week and Vanessa, one of their customer service reps, hooked us up with a tour.

It was super cool to see how they make everything completely from scratch. Anything aluminum is made in with CNC machines and assembled in house. They also sew all their slings and such their as well, so we got to see the whole assembly line.

After the Metolius tour, we headed further into Bend to the Deschutes Brewery for another tour!

After spending some much needed rest time drinking, we headed to the last stop of the day, the Sun Mountain Epic Fun Time Centre (that wasn’t its’ actual name, but that’s what we called it). 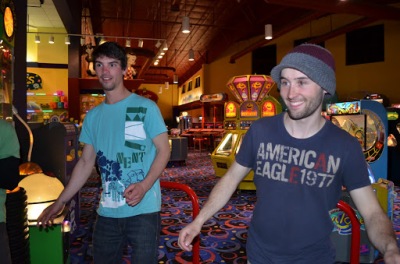 Cory and Kirsten arrived very early the next day (3am) so we met up with them in the morning. Kim and Marc worked their project Cool Ranch Flavour Finish (5.12a) a bit, coming painfully close to sending on each of their first tries of the day. On her second go, Kim was able to send! Her second 5.12a tick! Unfortunately, I had walked into the nearby Aggro Gully to finish warming up and missed the send 😦 I’m still super stoked for her though!
We went to the Dihedrals after, seeking shade as it was a scorcher. Kirsten got her first taste of Smith Rock and was loving it!
A next highlight for me was working out some alternative beta on Taco Chips (5.13a), which led to a send on my second go of the day, 4th try overall.
Further highlights for us included my send of Aggro Monkey (5.13b) on my 3rd go, and Darkness at Noon (5.13a) also on my 3rd go. I was pretty stoked about both of those.
Kim worked on a few more projects, trying in particular to focus on her lead head. After several lead attempts on Blasphemy (5.11a), she went for the TR send and set a goal for the lead send on our next trip here.
All in all a good trip, and we can’t wait to head back again.